Polis – The Jerusalem Institute of Languages and Humanities is an academic institution founded in 2011 by an international group of scholars.

Our goal is the renewal of Humanities (especially literature, philosophy, history and geography of the Mediterranean basin and the Middle East) through the study of different cultural aspects and in particular the revival of the languages that are at the foundation of Western civilization.

The method of teaching ancient languages through full immersion is highly efficient: in the process of learning to speak, the students acquire an intuitive understanding of the language.
The Polis Method

The interaction between teachers of different languages helps to improve their personal techniques in the classroom. The atmosphere, open to every background and religion, is an oasis in a city like Jerusalem which is crossed by many virtual boundaries. This openness to different religious backgrounds creates an environment of respect among the students and teachers working together at Polis. These features of Polis’ identity have created a platform for unrestricted collaboration with local and international institutions.

The opportunity to live and study in the city of Jerusalem enhances the learning experience for many students that they may not otherwise encounter in Europe or the United States.
Life in jerusalem

About the Polis Institute 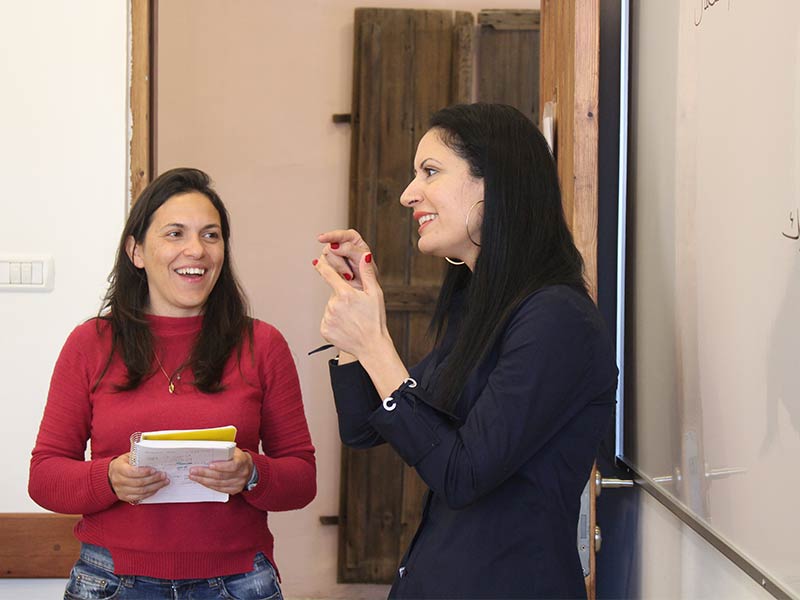 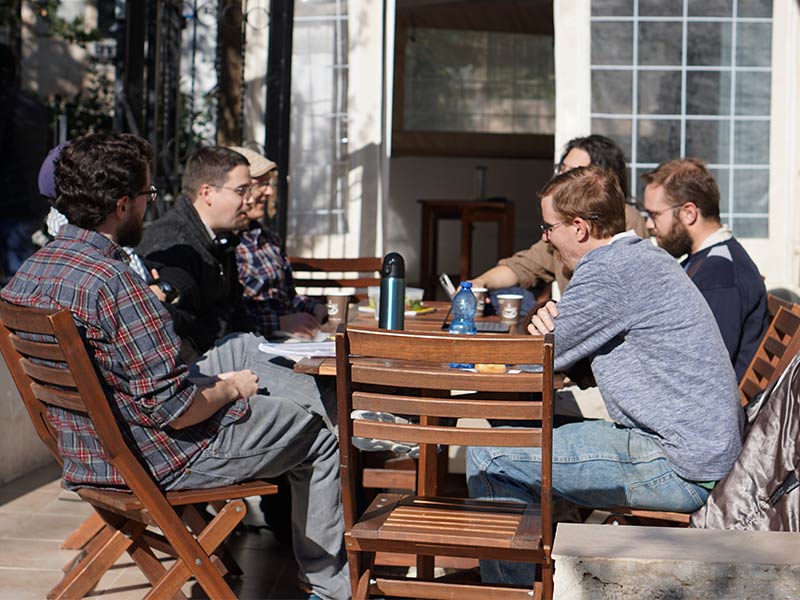 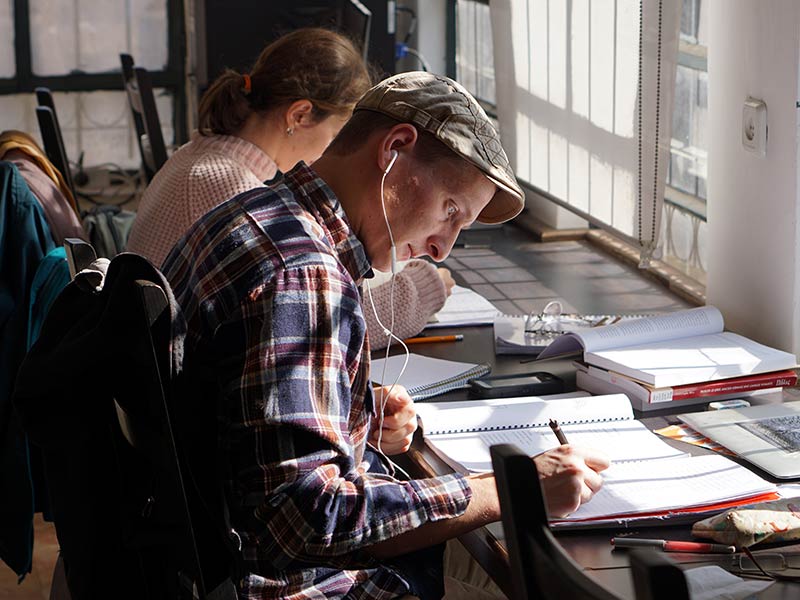 The Polis Institute offers regular language courses in Jerusalem during the school year which include Ancient and Modern Hebrew, Arabic, Ancient Greek and Latin, as well as ancient language summer courses in the United States and Europe. We receive a total of more than 500 students in more than 60 different courses each year.

The Polis Institute is currently offering two MA programs - in Ancient Philology and Near Eastern Languages - each of which has an accompanying One-Year Program. We also offer two-year long Fluency Certificates in Arabic and Ancient Greek. Registered students come from several different countries. The MA programs are accredited by three European universities.

Our three current lines of research are:

It begins in Jerusalem

In this year, Polis officially opened. The first course was held in July, an intensive course in Spoken Arabic, drawing 16 students who came to learn using The Polis Method. The inaugural academic year brought the first ever full course load at Polis, including classes in Greek, Biblical Hebrew, Modern Hebrew, Spoken Arabic, Aramaic, and Spanish.

The Master’s Program in Ancient Philology was officially launched with an inaugural class of 11 students. Courses both in Jerusalem and around the world continued to draw students interested in learning ancient and modern languages through The Polis Method. Moreover, Polis organized its first international conference on the Origins of the Alphabet.

In addition to the MA in Ancient Philology, which entered its second year in 2014, Polis launched an accompanying One-Year Program in Ancient Philology. Polis’ summer courses in Florida, Rome, and Jerusalem drew nearly 200 students from around the world to study Ancient Greek, Biblical Hebrew, Latin, Modern Hebrew, and Arabic. Polis’ new premises were officially launched in the Fall of 2014, with 6 classrooms and a library.

In January, Polis organized a conference about the Library of Alexandria, gathering 10 scholars from France, Israel, Cyprus, and England. June saw the first class of Master’s Students at Polis complete their program. In September, Polis’ second Master’s Degree in Near Eastern Languages was launched. Within the framework of research on Historical Geography, Polis partnered with the Israeli Ministry of Tourism to mark the path the early disciples took on the Road to Emmaus. Finally, Polis Institute Press published its first book: Polis - Speaking Ancient Greek as a living language which comprised a teacher’s and student’s volume.

In March, Polis organized a conference dedicated to the centennial of the publication of the Course in General Linguistics of Ferdinand de Saussure, drawing faculty from France, Belgium, Germany, Spain and Israel. Moreover, Polis published a new book over the course of 2016: Forum - a living Latin textbook.

Two new programs were opened: the Certificate in Ancient Greek Fluency and the Emphasis in Teaching Ancient Languages. Polis’ summer courses (held in Rome, the United States and Jerusalem) and the semester-long courses in Jerusalem all saw an increase in enrollment.

Polis added a new language for the 2018-2019 academic year: Bohairic Coptic. This language was taught using the Polis Method. In April, Polis hosted its fourth Interdisciplinary Conference: “Transmitting a Heritage: The Teaching of Ancient Languages from Antiquity to the 21st Century.” The Conference was the most international one held yet at Polis, drawing scholars from more than 10 countries.

A three-week Greek immersion course was implemented at Christendom College in Virginia. Over the course of the program, all meals and classes were conducted in Ancient Greek. In Jerusalem, the newest intake of MA students grew to 35. Polis published its first Living Sequential Expression textbook in Modern Hebrew - a methodology that was developed at the Institute. 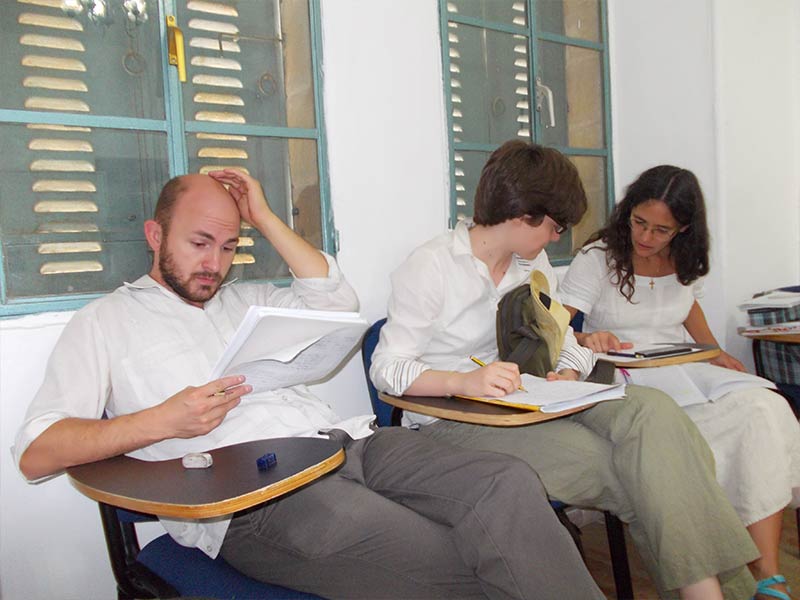 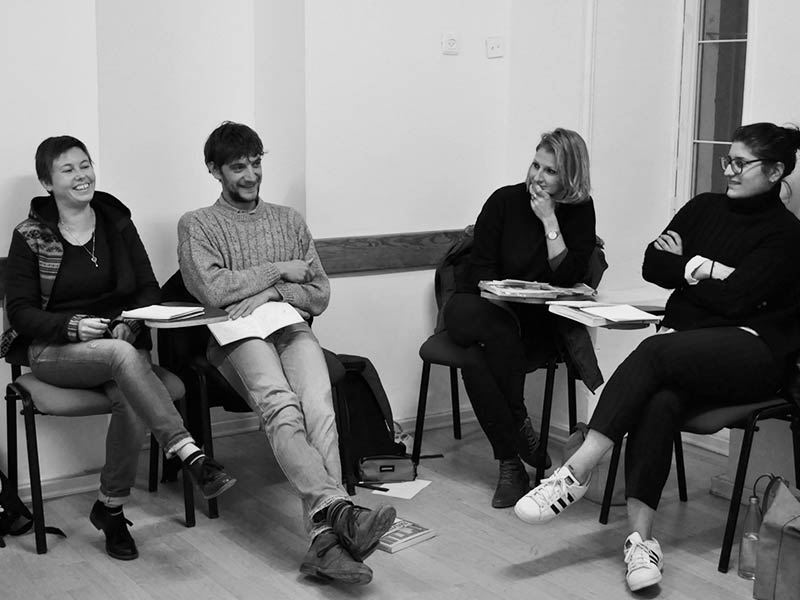 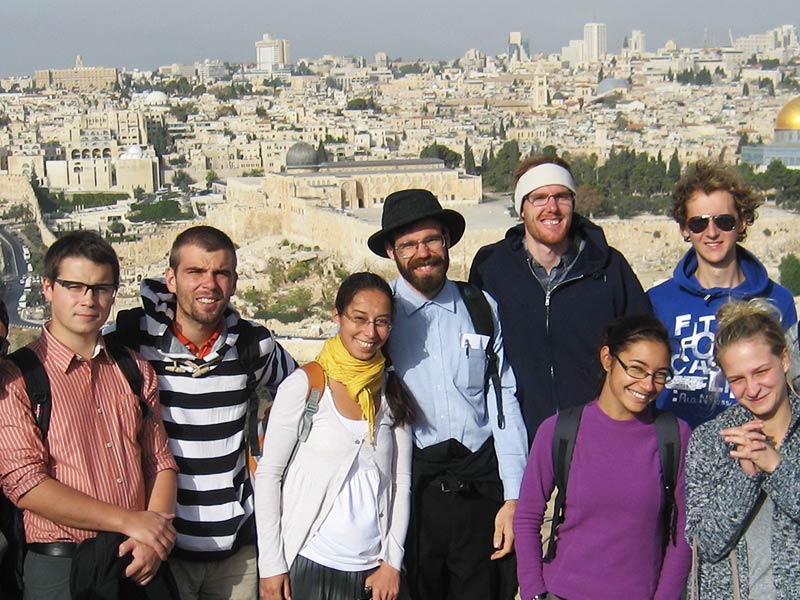 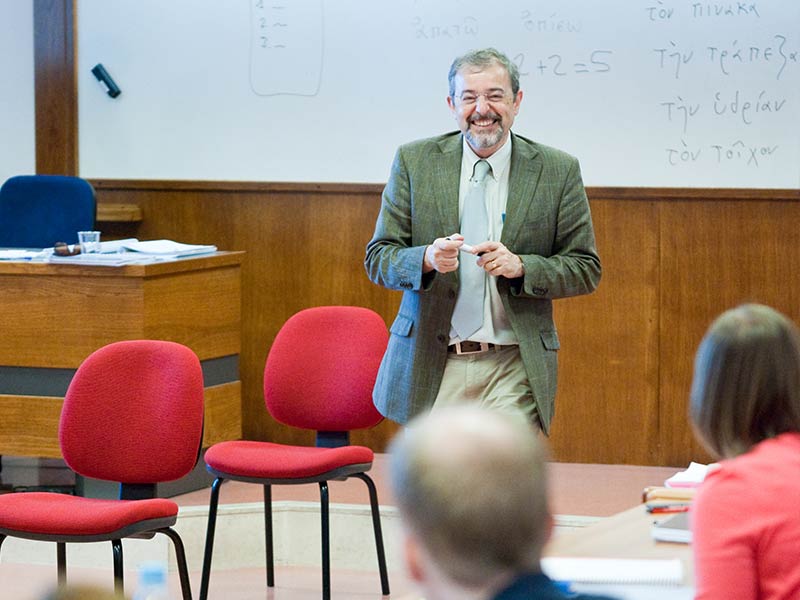 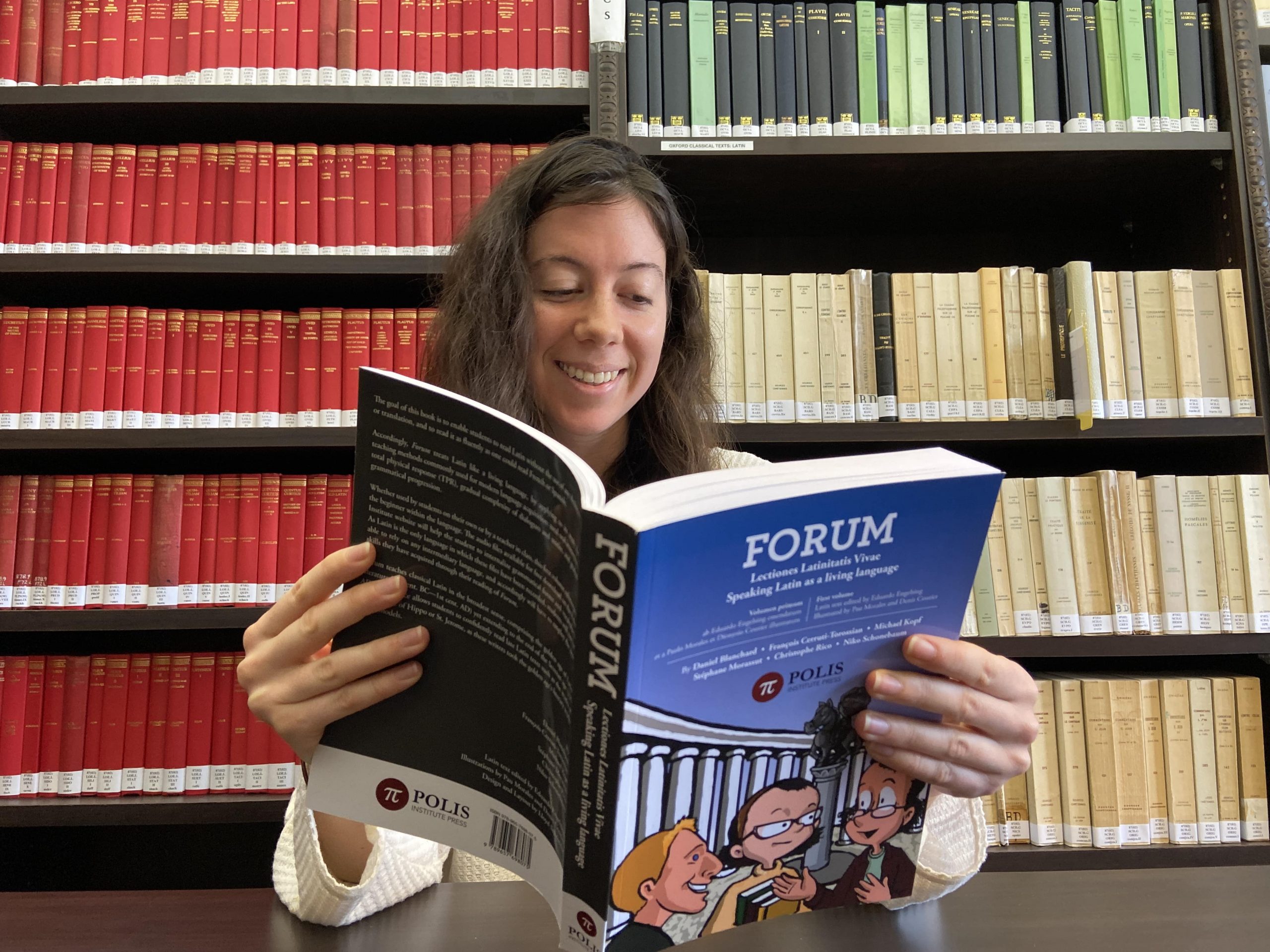 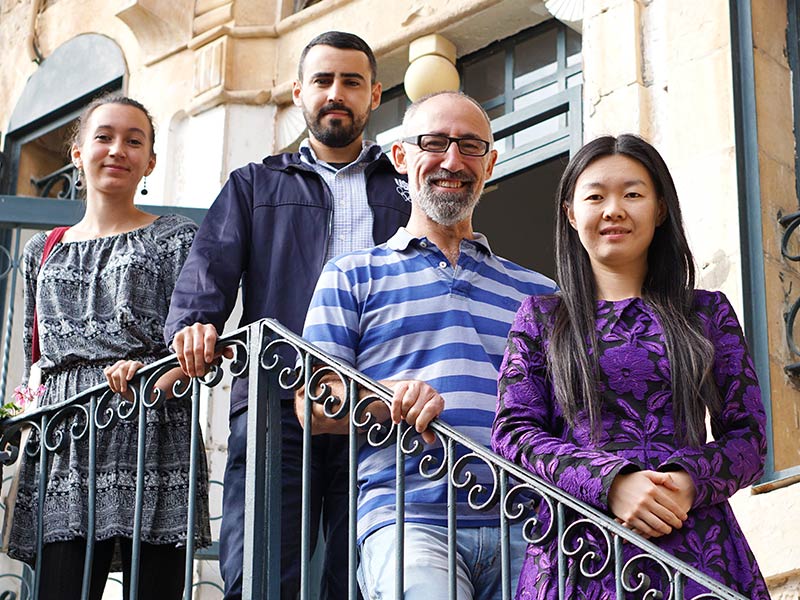 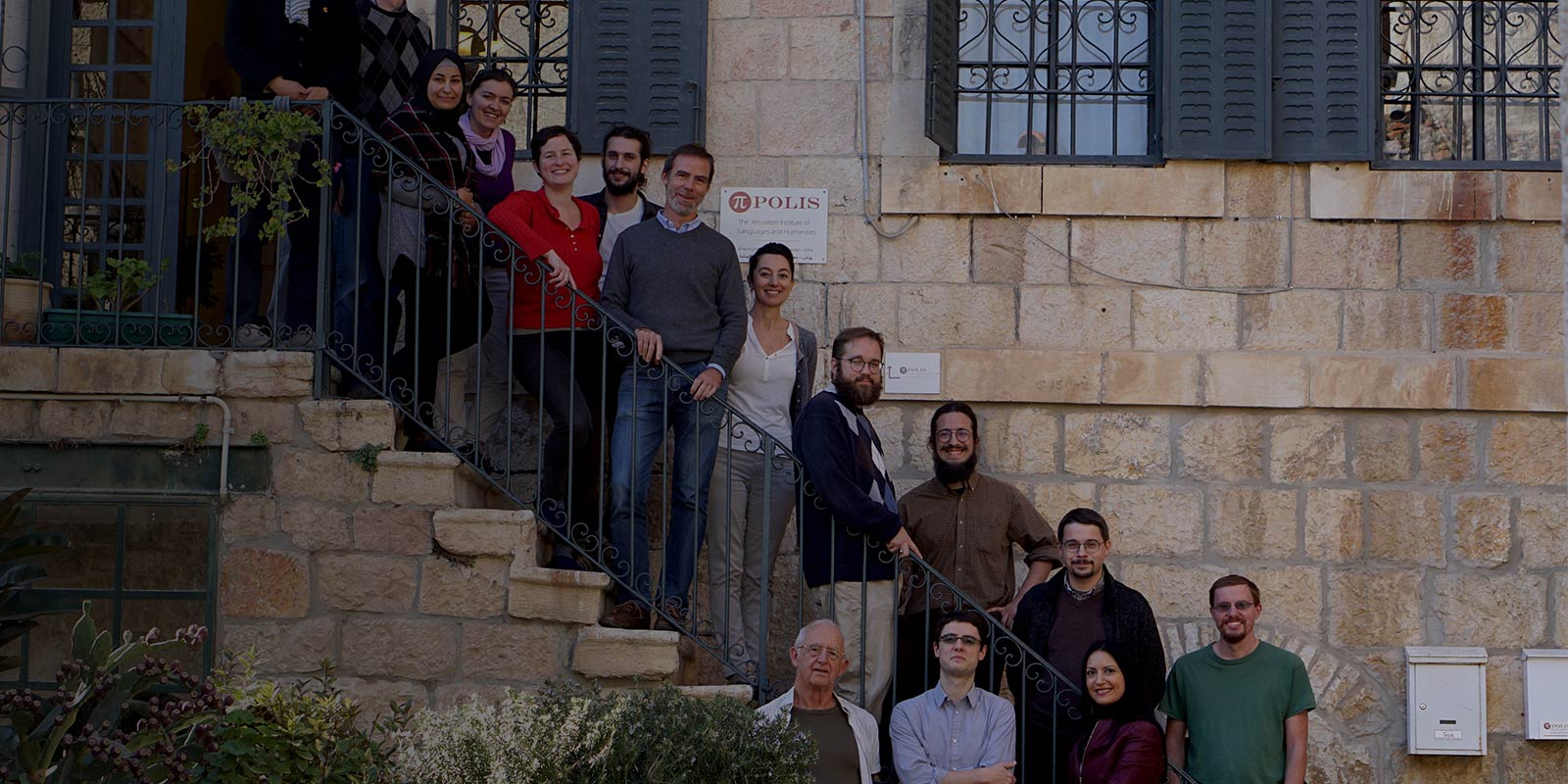 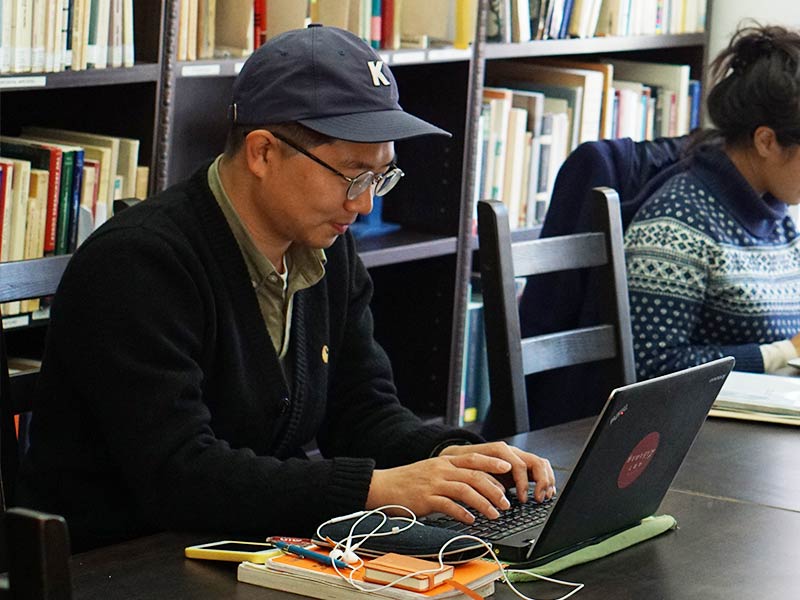