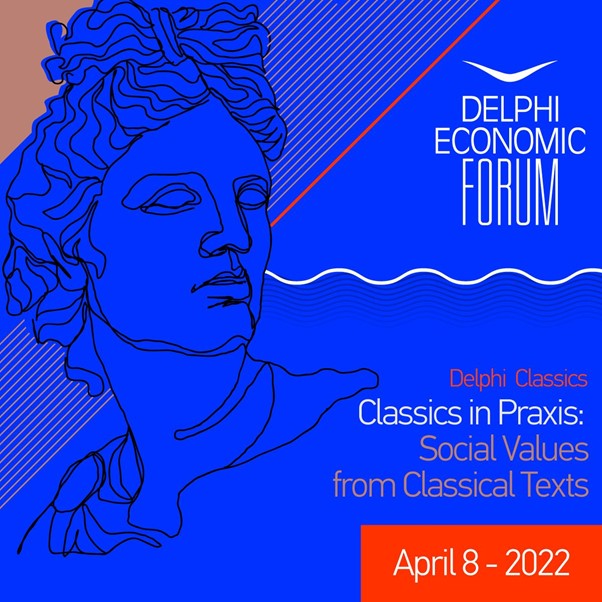 Dean Christophe Rico Reports Back from the Delphi Economic Forum

On Friday April 8, Dean Christophe Rico spoke at an exclusive meet-up in Ancient Greek and Latin, which was part of the Delphi Economic Forum in Delphi, Greece.  The meet-up, entitled Classics in Praxis: Social Values in Classical Texts, brought together renown professors from Greece and abroad who traveled to Delphi (the center of the ancient world) to discuss the relevance of classical texts in modern times.  Dean Rico was among the Classical Greek-speaking professors who was invited by Eugenia Manolidou, the wife of Greece’s Minister of Development, to lecture on Friendship and Love in Hellenism.  Mrs. Manolidou is herself a great enthusiast of the Ancient Greek language and runs a weekend language school in Athens.

Although this was the seventh economic forum of its kind, it was the first time a section on the Classics was added – giving visitors context to the Forum’s location.  Diplomats from around the world had an opportunity to understand local history and the role of Delphi in the ancient world.

“For academics it was a great opportunity to network and share experiences,” remarks Dean Rico.  “I met heads of Classics departments from leading universities.  They had a chance to learn about Polis and I am hopeful these contacts will lead to future academic collaborations.”