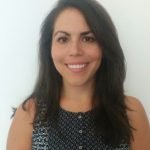 Hebrew Before Ivrit - The Life of a Language in Exile

The Inaugural Lecture at Polis Institute last week allowed Polis students and faculty to gain new insights into the life and survival of the Hebrew language in the past two millennia.

Asher Salah, a renowned specialist in Italian-Jewish literature, spoke on how the Hebrew language developed during the Jewish diaspora, in particular in Italy.

The lecture, titled “Hebrew before Ivrit: The Life of a Language in Exile,” focused on the vicissitudes of Hebrew between the destruction of the Jerusalem Temple, and the revival of the modern national movement that led to the establishment of the State of Israel.

“I think this topic is very much adapted to the reality of what we are living in Polis,” Professor Christophe Rico, Director of the Polis Institute, said before the hour-long lecture, held on Nov. 10.

Biblical Hebrew, which is taught at Polis as a living language, survived throughout all six periods, Salah said. However, during the Jewish exile, it was used mainly in academic and religious settings or as a sort of lingua franca across the Diaspora. Its use ebbed and almost disappeared at various points throughout its exile, substituted by vernacular languages.

Hebrew was a still widespread language of the Jews until the 4th Century, although in many parts of the Diaspora its knowledge was quickly vanishing. For instance, late-empire tombstones of Jews in Italy featured Latin and Greek inscriptions instead of Hebrew.

Nevertheless, at the turn of the first millennium, there was across the Jewish communities in the world a strong revival of Hebrew, testified by an intense study of its grammar and accompanied by the appearance of the first Hebrew dictionaries.  At this time, the use of Hebrew spread outside the traditional fields of liturgy and religious learning.

“It is possible that the birth of written vernacular languages across Europe at the turn of the first millennium had produced a reaction among the Jews who wanted their own literary and linguistic identity anchored in their historic holy tongue,” Salah claimed.

In the 15th and 16th centuries, an important technical development led to further changes.

“The printing of Hebrew books brought about the standardization of the Hebrew language and the development of a new literary canon,” Salah said.

The Renaissance, according to Salah, created the conditions of a stronger cooperation between Jewish and Christian scholars in joint ventures such as the printing of the Talmud in Venice. It also led to the development of Christian Hebraism.

However, after the Renaissance and until the well-known modern resurgence of the language, Hebrew remained circumscribed to a minority of learned people within Jewish communities, as testified by Leone Modena’s witness in his Historia de Riti Hebraici in the 17th century.

In the past decade, Salah has focused his research on the literary history of the Jews in Italy in the 18th and 19th centuries, dealing also with the survival of Hebrew in Italy after the emancipation of the Jews.

Despite its relatively small population of Jews compared to other European countries like Germany, Italy is an interesting laboratory to understand the interactions of the Jews with the surrounding culture and offers an alternative model of their confrontation with modernity in Europe.

“The wars of independence in Italy strengthened Italian identity and acculturation trends among the Jewish population, but also led to a short-lived revival of the Hebrew language in the 1850's, that has been largely overlooked by contemporary scholarship” Salah said.

As an Italian Jew who immigrated to Israel in 1991 but also has lived in Spain, Argentina, Algeria and Morocco, Salah’s research has been motivated by his own experience with “scattered and fragmented identities,” he said after the lecture.

“We hide behind this objectivity of scholarship, but many times our taste, our choices in the academic field link to our biographical life course,” adding that he believes in the importance of cultural encounters, the likes of which occur daily at the Polis Institute and in Jerusalem.

“The cultural dialogue is crucial to me,” Salah said. “I try to understand how our identity is shaped by cross-cultural encounters, refusing to accept the logic of identity enclosures.”

Salah has taught at the Hebrew University and Bezalel Academy of Art and Design in Jerusalem since 1998. He has published several books, and participated in the project of creating a common history text-book for Israeli and Palestinian schools that has been published in many languages, including Italian.