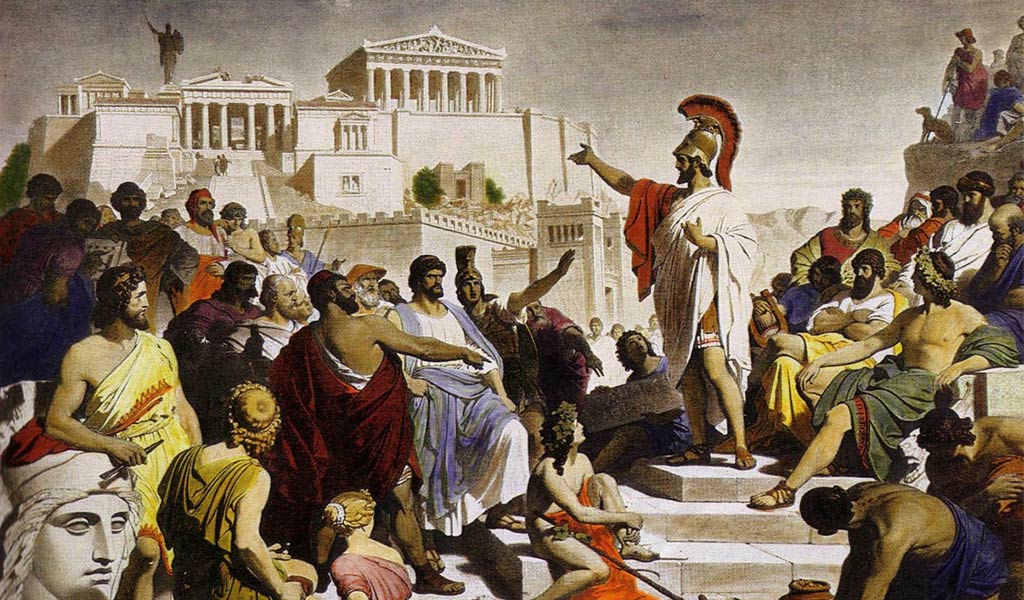 The question of the pronunciation of Koine Greek is a very sensitive one, since many pedagogical, emotional and identity factors are involved in this topic. Two main options are available for the student who wishes to pronounce an ancient Greek text: the historical and the modern one.

Despite of these very powerful arguments in favour of Modern Greek pronunciation, we have nevertheless decided to follow an historical one. The main reason has to do with the communicational character of our method. Because of the main phonetic changes that Greek has undergone since Antiquity, many words have become impossible to distinguish for the hearer. True, Septuagint and New Testament texts are continuously read in the Orthodox liturgy with the Modern Greek pronunciation, without that affecting the understanding of the learned reader. There is yet a difference between reading a text and communicating. According to Modern Greek pronunciation, I should pronounce τεῖχος “walls of a city” exactly in the same way as τοῖχος “wall of a room”: [tiħos]. More problematic even, the basic words ἡμεῖς “we” and ὑμεῖς “you” are impossible to distinguish according to the pronunciation. Both are heard as [imis]. In fact, Modern Greek has solved that ambiguity by developing two different words: εμείς [emis] and εσείς [esis].

True: no authentic recording of any Ancient Greek conversation is at our disposal. But this does not mean that phoneticians cannot reconstruct with a fair degree of certainty the historical pronunciation of a language spoken in Antiquity. Some precious clues have helped experts in their reconstruction: General Phonetics tendencies, spelling errors recorded in ancient inscriptions, spelling of Greek loan words in other ancient languages as Latin, and even descriptions of the Greek phonetics by ancient Greek grammarians themselves. Therefore, phoneticians have reached a very large consensus about the exact pronunciation of Ancient Greek at the different stages of its development. The different articles about this topic in Wikipedia, either in English, Greek or French, reflect that strong consensus among scholars.

In the case of Koine Greek, the historical pronunciation is more difficult to determine than in the case of Attic. For the latter, it suffices to adopt the historical reconstructed pronunciation of Athenian Greek during the 5th and 4th centuries BC. But Koine Greek is a language that spans for roughly one thousand years, from the 3rd century BC till the beginning of the Middle Ages, in large regions of the East Mediterranean.

For the First Century AD, Randall Buth has made extensive research about the pronunciation of New Testament Greek. Those who would be curious to know the real First Century Greek pronunciation will find in the CD audio of the Polis method (French, Italian or German editions) as a way of example, the reading of the beginning of the Prolog of John’s Gospel as it could have been read by the time it was redacted.

The pronunciation that is used at The Polis Institute is a more conservative one, quite close to the one that Erasmus reconstructed for Classical Greek (the so called Erasmian pronunciation), that of the cultural elite from the beginning of Koine Greek, save for the consonants φ( θ and χ. For the sake of commodity, these consonants are here pronounced [f], [q] and [ħ] instead of the historical [ph], [th] and [kh] sounds.

Our decision might at first seem arbitrary. Why should we adopt the phonological system of the beginning of Koine Greek while the language that we are learning belongs to the first century AD? The decisive factor in our decision was the pedagogical one. In first century Greek, pronunciation has become far removed from spelling. Many diphthongs have coalesced with vowels (οι is pronounced as υ, αι as ε and ει as ι). Among many other changes, this phonetic evolution adds a new difficulty to a language that does not have the reputation of being easy to learn. As the unity of Koine Greek is based on its literary spelling, it seems advisable to adopt a pronunciation as close as possible to the written texts. This is why we distinguish circumflex from acute accent whenever we read the Greek texts.