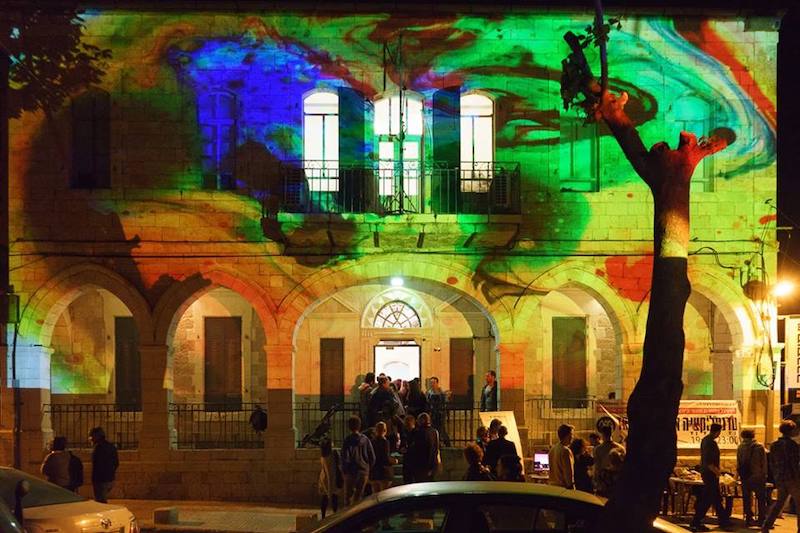 Polis Institute will host a new type of culture exchange on June 6 to 8, as artists and appreciators wander through the school’s neighborhood at the Musrara Mix festival.

Two videos will loop in the front and back courtyards of Polis as part of the 17th annual festival hosted by The Naggar School of Art, a school that sits across the street from Polis.

The festival is meant to involve the neighborhood’s residents in hosting indoor and outdoor live performances, art exhibitions and in the exchange of ideas between people of different languages and cultures.

Organizers expect 70 art exhibitions and 7,000 guests, who may stroll past the two screenings at Polis between an electro-acoustic performance at the neighborhood’s Beit Canada house or a live performance art show at a resident neighbor’s front garden.

This years’ theme of “Terra Incognita: East Meets West” highlights the festival’s position in the Musrara neighborhood on the border between the eastern and western parts of Jerusalem, according to the festival’s curator, Sharon Horodi.

“We don’t mean only geographical East and West but also of course culture ... Something that is not a dichotomy … but the fusion between cultures.”

The show’s artists are contending with their own identities on the spectrum between East and West, as well as North and South, Horodi said. The international lineup includes a half Japanese and half German artist, an Iranian artist living in the United States and a South Indian artist who connects his cultural background to pre-colonial Africa.

One of the exhibitions at Polis is a collage film by Turkish artist Hale Ekinci that features a traditional pre-marriage ceremony set in an immigrant Turkish community of Germany.

Using a combination of documentary footage, photos and drawings, the video “paints a world in which family relations, ethnicity, stereotypes, rituals and gender issues join together in a charged scene that reflects the inherent bizarreness of traditions and prejudices everywhere, regardless of culture,” according to the work’s description on the Musrara Mix website.

The second video at Polis, “Lonely Planet,” by German artist Julian Rosefeldt, features a western backpacker in India, who loops endlessly back and forth from the desert, into a labyrinth of crowds, until he reaches a Bollywood dancing scene, “in which he is in danger of becoming lost forever,” according to the festival’s website.

While Polis students may share the same sentiment on their first days of immersion in the Polis language learning method, the film, according to the site, is meant to speak “about the hopes and illusions of modern travelers going to Asia.”

Still, Polis’ mission, as a school that teaches modern, ancient, eastern and western languages, fits into this years’ theme and the mission of the festival nicely, Horodi said.

“I think what (Polis is) doing through languages…and people learning about other cultures through language, brings a strength that connects people,” Horodi said, “to not take things in a stereotypical way that we think but look at them from different points of view.”