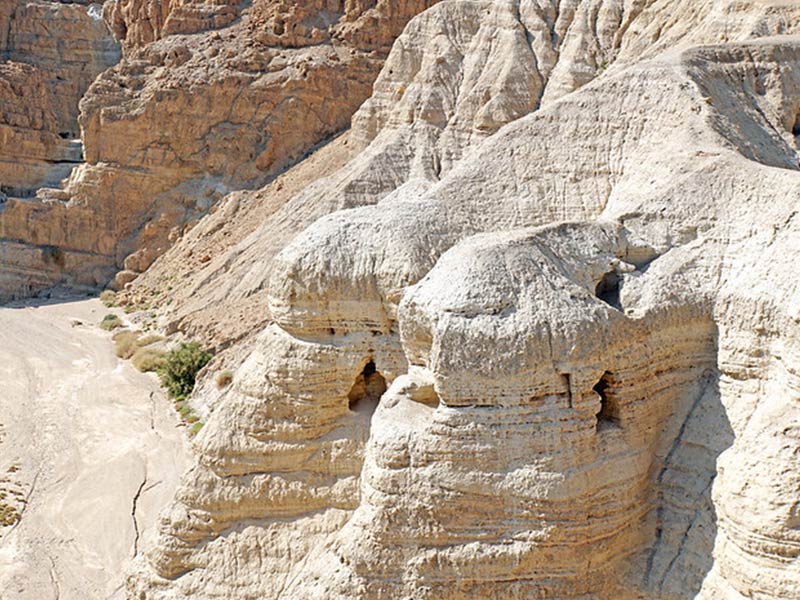 Qumran and the Jordan river: a field trip on water and sand

In October, Polis graduate students had a field trip to Qumran, an archaeological site surrounded by the complex of eleven caves where most of the Dead Sea Scrolls have been found.

Graduate student Joseph Justiss guided the tour. And he explained to us, evidence supporting the theory identifying the community of the scrolls as Essenes is partially provided by some manuscripts describing what everyday life in that community must have been like. The practices, beliefs and rules there found match those ascribed to the Essenes by Josephus and Pliny the Elder.

Here below you have a picture of the “community rule manuscript” found in cave 1.

The water supply installations at Qumran are quite impressive. This system comprising cisterns, aqueducts and ritual baths met not only the community’s ordinary needs for water, but also its concerns with ritual purity.

While most of us were having lunch, a group of adventurous students guided by professor Henri Gourinard decided to head up the mountain and explore cave 6.

Our field trip ended in Qasr el Yahud, the baptismal site by Jordan river valley where, according to tradition, Jesus was baptized. A traditional pilgrimage destination since Antiquity, it was kept closed for almost fifty years after the 1967 war. In 2011 it finally reopened for public visitation.

Here you see some students purifying and renewing themselves for the next field trip:

We are looking forward to continuing the field trips course after the holidays!